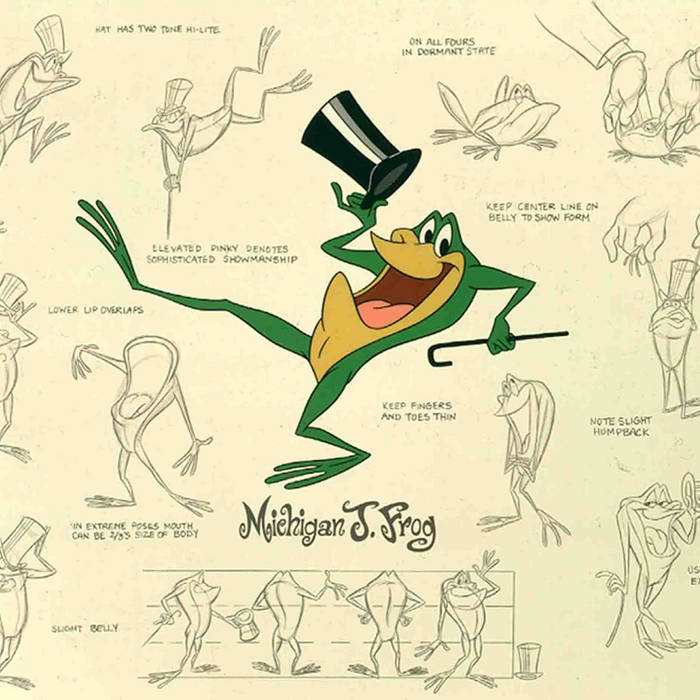 Well, Durante had the Lennon Sisters,
Welk had the Champagne Band,
Don Kirschner had the Monkees, but,
Brother, you've got a winning hand.

You won't believe that things can get so big,
It'll really knock off your socks,
'Cause you found exactly where to dig --
Now just open up my box,
And I'll say:

Mister, I'll be your pal
If you only let me be,
Hello, baby, honey, ragtime gal,
You ain't never had a frog like me.

Success is in the bag,
Your wealth I guarantee,
Everybody likes the Michigan Rag
When they hear it from a frog like me.

I'm the greatest entertainer
That the world has ever known,
But I'll only do that old soft-shoe
When the two of us are alo-o-o-one.

Soon everyone you know
Will doubt your sanity,
They'll hear me croak, say "What a joke!"
But never blame it on a frog like me.

You'll have sunken cheeks and baggy eyes
And you'll stink like a rambling bog,
You'll become everything that you despise,
But you'll still have a singing frog.

I got a powerful urge to entertain
For an audience of just one,
And the chance is good I'll fry your brain
By the time this song is done,
Old son --