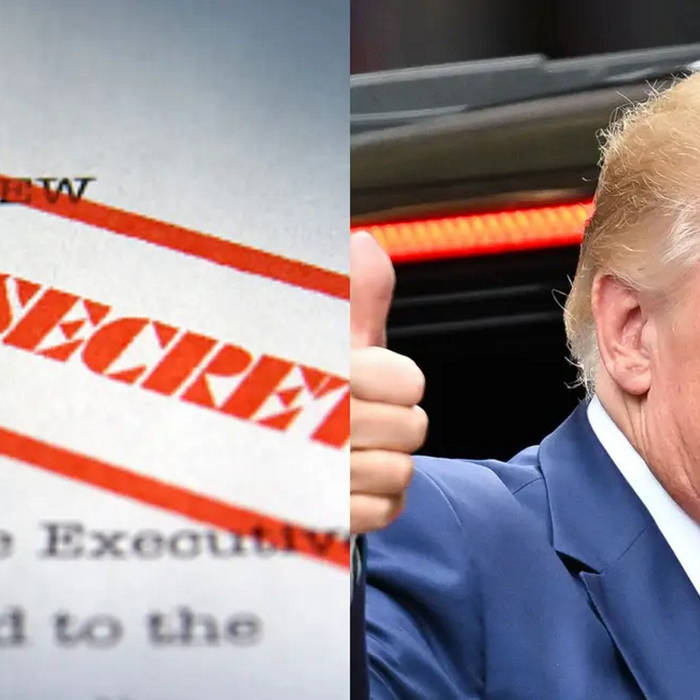 I should've had this last week, but it was (a) genuinely a bear to mix and (b) constantly updated, a tweak here and a tweak there, because The Former Guy and his enablers kept changing their stories and counter-accusations and gaslighting. So, here it is.

Someone’s knocking at the door,
Somebody's ringing the bell.
F.B.I. has come a-callin',
This isn't gonna go well.
Do me a favor, don't open the door,
Don't let ‘em in.

Don't care if they've got a warrant,
Hold ‘em back then holler “assault”.
I've got secrets I’m a-keepin’,
Can't let ‘em get in my vault,
Put a piano in front of the door,
Don't let ‘em in.

Come support me, your loving liege,
Mar-a-Lago is under siege.
Stevie Bannon, Michael Flynn,
Whatever you do, don't
Let ‘em in....

Someone’s knocking at the door,
Somebody's ringing the bell,
It's a Democratic witch hunt,
Evidence planting as well,
Keep on yelling I’m entitled by law,
I’ll plead the fifth....

Don and Eric, Michael Pence,
Mick Mulvaney, build a fence.
Who is Cassidy Hutchison?
She opened the door,
She let ‘em in....

Someone’s knocking at the door,
Somebody's ringing the bell.
Gotta claim executive privilege,
Everything is going to hell.
Do me a favor, get me offshore,
And call Putin,
Ooh yeah, yeah, Vladimir save me....