Who Let Him In Here? 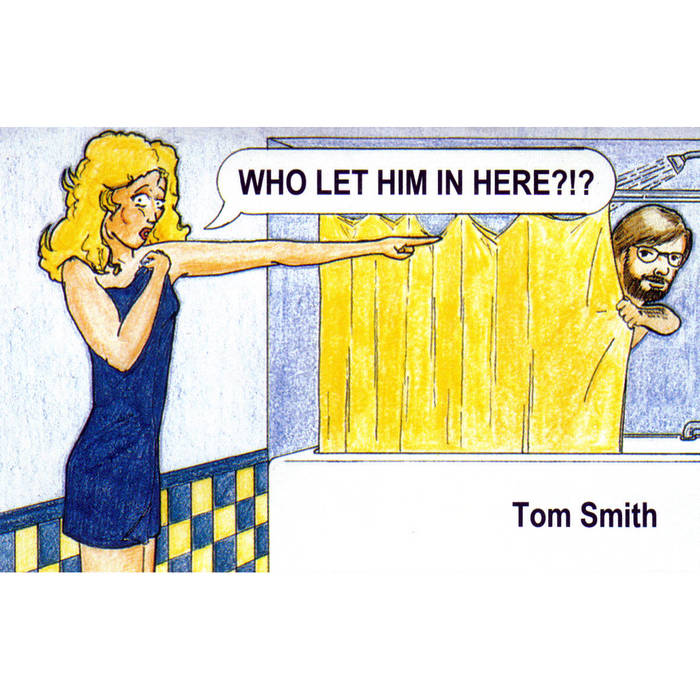 bageria I had this tape when it came out. Glad to find it on MP3 finally. This is my all time ever favorite album. Favorite track: 307 Ale.

Susan Fox This is on my shortlist of Songs Not Permitted While I'm Driving. Because it tears me up ever time. Favorite track: A Boy And His Frog.

In real life, Tom Smith is a loan documentation clerk for a major metropolitan bank, an activity in which creativity is frowned upon. All that pent-up creativity had to come out somewhere, and here it is. Tom has the strangest sense of humor that we've encountered in a LONG time, also writes good serious songs (of which we've included a few), and has a fine voice. It hardly seems fair.

The committees of ConTraption, Marcon, and InConJunction for their assistance

Alesis for the Quadraverb and DBX for the 166 unit, without which some parts would be inaudible

Teri and Terry for all their advice

Carol, Doug, and Mrs. D for all their patience

The Alcar Group for the use of their desktop publishing system

Rob for the mike stand

Judy the K for the Saturdays off

Recorded live at ConTraption, MarCon, InConJunction, and Bill and Carol's living room from April to August 1990

All music and lyrics © Tom Smith, except as follows: