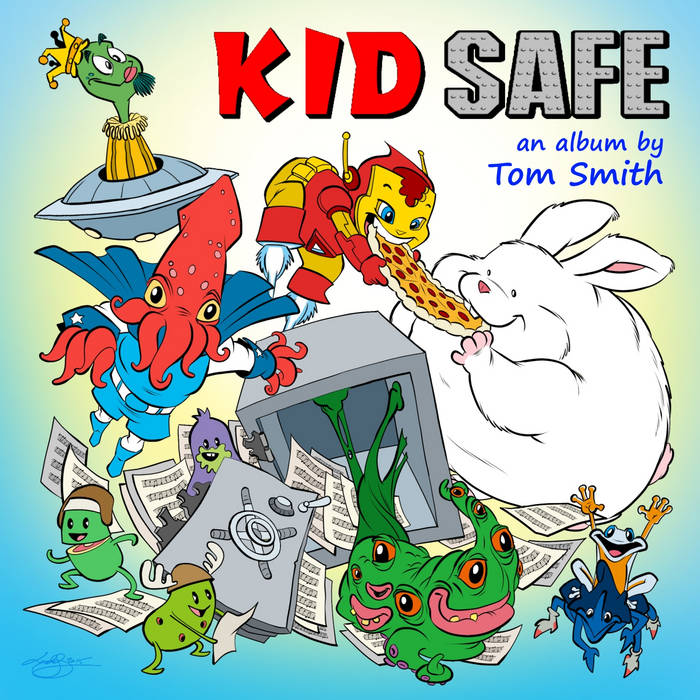 Kay Shapero Well first off, Tom Smith! Would have loved to have a copy of this thing when *I* was a kid, enjoying it in the background as I type this. And besides - Tom Smith!

An album just for the children of fantasy and science fiction! Imaginary worlds, superheroes, dragons, mad science, diet advice, cute li'l zombies and more! Make friends with a fly, eat anything you want, and let out your inner Dark Princess with this collection of old songs and new by Tom Smith.

All words and music by Tom Smith, except:

"The Ballad of Gordon"
Words and Music: Ed Robertson and Steven Page

"Dr. Banner's Neighborhood"
Music: "Won't You Be My Neighbor?" by Fred M. Rogers

Golden Sky Stories is a kid-friendly role-playing adventure game published by Star Line Publishing ( starlinepublishing.com/our-games/golden-sky-stories/ ). They are not affiliated with this project. I just really like the game.

Dumb Ways to Die is a public service announcement campaign by Metro Trains in Melbourne, Victoria, Australia, to promote rail safety. They are not affiliated with this project.