And They Say I've Got Talent 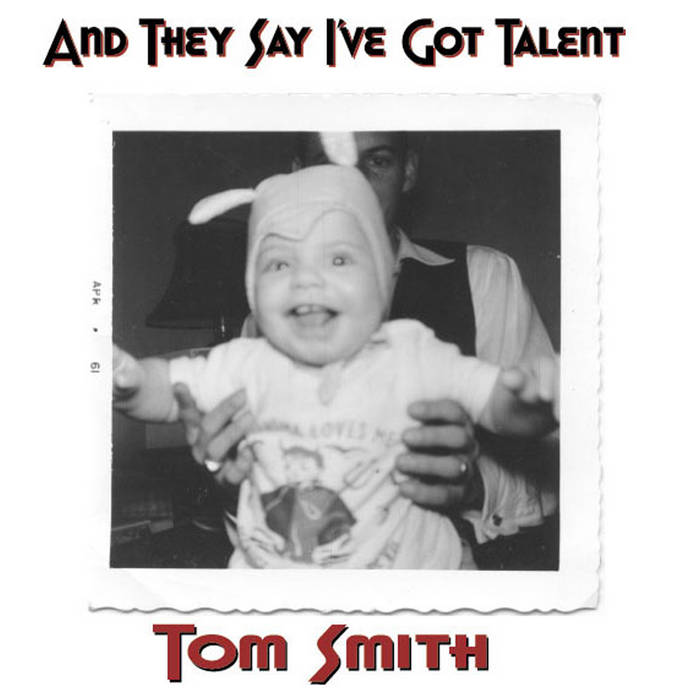 If you buy only one album this browsing session, well, it'll probably be Lady Gaga or somethin'. But you should really consider this one! It's got comedy, drama, dark sensuality, international conspiracies, mad science, Norwegian fishermen, auctions, alien invasion, cross-dressing, and more! And, it's a multilevel marketing extravaganza, with "Rock Me Amidala" from the independent film Saving Star Wars, the Transylvania Polygnostic University Fight Song from Girl Genius, the award-winning "Rich Fantasy Lives" (lyrics by Rob Balder [Partially Clips, ErfWorld], and the official chantey for Talk Like A Pirate Day, as well as a bonus track from Tom's gonna-be-finished-someday-really Skullrose and Tourmaline!

All music and lyrics © Tom Smith, except:

"Rock Me Amidala" and "Denouement" -- music: "Rock Me Amadeus" by Rob Bolland, Ferdi Bolland and Falco
(© 1985 Nada Music International CV [BUMA] and Manuskript [GEMA];
All rights administered on behalf of Nada Music International CV in the U.S. and Canada by Almo Music Corp [ASCAP])
This music is used under the Parody provisions of the Fair Use Doctrine, in accordance with Section 107 of the Copyright Act.

Saving Star Wars © Woodworks Films. Used with permission. "Saving Star Wars" is a parody and is in no way authorized, sanctioned by or associated with "Star Wars", George Lucas, Lucasfilm, LTD, or 20th Century Fox.

Copyrighted materials and music remain the property of their original owners. No challenge to copyright is intended nor should be construed.